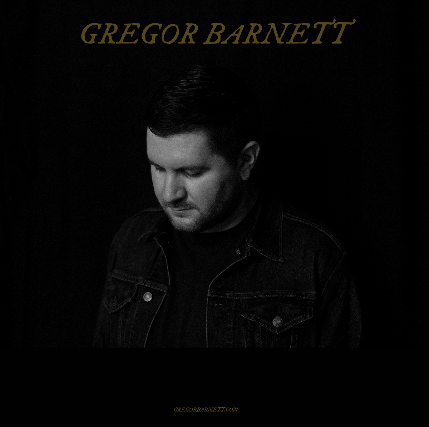 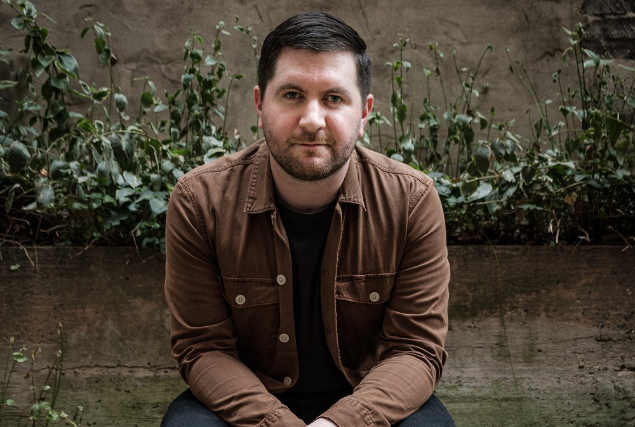 “It was this perfect storm,” says Menzingers guitarist/co-vocalist Gregor Barnett. “The band couldn’t tour, I was going through a really difficult time, and I was stuck at home watching my family struggle with illness and death and hardship. The only thing I could do was write my way through it.”

And yet, despite all the turbulence surrounding its creation, there’s something deeply hopeful and reassuring about Don’t Go Throwing Roses In My Grave, Barnett’s debut release under his own name. Written and recorded in the midst of the COVID-19 pandemic, the collection is a sonic departure from Barnett’s more punk-leaning work with The Menzingers, drawing on the gritty, off-kilter Americana of Tom Waits or Warren Zevon as it faces down loss and doubt in search of relief and redemption. The songs here are lean and powerful, with unfussy arrangements driven by simmering guitars and driving percussion, and the performances are raw and direct to match, cutting straight to the heart of things with tremendous empathy. Take a look at the tracklist and it’s obvious what’s been on Barnett’s mind of late (“The First Dead Body I Ever Saw,” “Talking To Your Tombstone,” “Don’t Go Throwing Roses In My Grave”), but drop the needle and you’ll quickly come to understand that this isn’t so much an album about death as it is about life. If the past year-and-a-half has taught us anything, it’s just how much we take for granted—our health, our country, our families—and how quickly it can all disappear. Don’t Go Throwing Roses In My Grave is a reminder to cherish the ones we love and the connections we have with them in what precious little time we’ve been given.

“Writing’s always been my way of making sense of the world,” explains Barnett, “so when I started working on these songs, I wasn’t thinking about albums or audiences or anything like that. I just needed some kind of release.”

Barnett’s been finding release in music for most of his life now. Born and raised outside Scranton, Pennsylvania, he grew up learning to play instruments alongside his brother and fell in love with songwriting at an early age. After years of sweating it out on the local scene, he broke out internationally with The Menzingers in 2006, when the band’s self-titled demo began making major waves and helped land them their first record deal. In the years to come, the Philadelphia-based four-piece would go on to release seven critically acclaimed studio albums, tour with the likes of The Bouncing Souls and Rise Against, and rack up well over 100 million streams on Spotify alone. The New York Times hailed the group as “a shaggy punk band” that’s “honed an extremely reliable and almost romantic take on blue collar rock,” while Pitchfork described their sound as being “as rooted in Social Distortion and ska as Springsteen and Kerouac,” and NPR praised their songwriting as “intense and anthemic.” A seemingly unstoppable force of nature, the band toured the world relentlessly over the past decade-and-a-half and was in the midst of playing their biggest headline and festival shows to date when the COVID-19 pandemic brought life as they knew it to a grinding halt.

“The pandemic was the first time we ever really had to stop and take a break,” says Barnett, who was on the road in Australia supporting the band’s 2019 Epitaph release, Hello Exile, when the first lockdowns and travel restrictions began to hit. “All of a sudden, I was back home and writing music just for myself again for the first time since I was a teenager.”

Though Barnett had written songs here and there during his time with The Menzingers that didn’t quite fit with the band’s sound, he generally considered them to be creative exercises rather than the groundwork for any sort of solo project. Even with the onset of quarantine, he didn’t rush into the idea of making a solo record. Instead, he treated his early lockdown writing sessions as something akin to therapy, a place to process his anxiety about his family’s health and wellbeing and the grief that came with the passing of his grandfather.

“I was writing because it felt good to write,” he explains. “But once I got three or four songs together, I began to realize that there was a story there and that I should be documenting how I felt as I made my way through this really challenging chapter.”

Working out of his home studio in Philadelphia, Barnett began recording detailed demos that laid out a clear vision for the record. Sure, there would be the usual hints of Springsteen and Strummer that often surfaced in his work with The Menzingers, but this album would be even more vulnerable and stripped bare, tipping its cap to everything from The Mountain Goats to Leadbelly as it mined the last century of American roots music for a sound that could balance danger and menace with promise and deliverance.

“I’ve always loved folk and Americana,” says Barnett, “and when I was younger, my Dad lived in New Orleans and introduced me to a lot of rhythm and blues and Southern Gothic music. I eventually found punk rock and went down a different path, but a lot of that stuff really stuck with me, and the older I get, the more I find myself coming back to it.”

With the demos completed and mapped out in intricate detail, Barnett brought the songs to producer and longtime collaborator Will Yip (Mannequin Pussy, Quicksand), who helmed a whirlwind two-and-a-half-week recording session.

“With the band, we normally take five or six weeks to make an album, so it was incredible to work this fast,” says Barnett, who enlisted Yip to play drums and brought in his Menzingers bandmates Eric Keen to play bass, Joe Godino to add percussion, and Tom May to take the record’s cover photo. “I learned to really trust my instincts, which I think made me a lot more confident across the board.”

That confidence is plain to hear on Don’t Go Throwing Roses In My Grave, which opens with the slow-burning “Oh Lord, What Do You Know?” Landing somewhere between the weary, electrified blues of R.L. Burnside and the wide-eyed fervor of Brandon Flowers, the track is a dispatch from rock bottom, a lament from a man so close to the end of his rope that even God wouldn’t understand. “Feeling like the color of Monday,” Barnett sings, “Like a deer on the side of the highway / Like a love letter returned to sender / A phone number you can’t remember.” Rather than dwell on their pain and isolation, though, Barnett’s characters begin clawing their way toward the light on the album, reaching for some kind of hope even when it feels futile. The blissful “Driving Through The Night” takes pleasure in contemplating the enormity of the universe and the sheer inexplicability of our existence, while the country-tinged “Talking To Your Tombstone” finds comfort in the connections that somehow still linger on after death, and the buoyant title track commits to making the most of what we’ve got while we still can.


“With ‘Don’t Go Throwing Roses In My Grave,’ I found myself thinking about all the times I’ve been to funerals and seen flowers laid down in memory of the deceased,” says Barnett. “It’s a beautiful way to honor the people we’ve lost, but I think a lot of times we forget to appreciate our relationships with those people while they’re still here. I wanted this song to be a celebration of life and what we have before it’s gone.”

Barnett’s characters are frequently in motion, often in the midst of some epic physical or metaphorical journey (chalk it up, perhaps, to his quarantine resolution to read James Joyce’s Ulysses cover to cover). The towering “No Peace Of Mind To Rest” descends into a world of fear and paranoia, while the jittery “At A Greyhound Station, Desperate” muses on what it means to leave a place behind, and the searing “Hurry Me Down To Hades” goes through Hell to make its way back home. And home, in the end, is what it’s all about: not the place, but the idea, the feeling you get when you’re surrounded by the ones you love.

“The idea of family is all tied up in this record,” says Barnett, whose brother and partner were both closely involved in the creative process with him. “It’s at the heart of all of these songs.”

It’s no coincidence, then, that the album ends with the bittersweet “Guest In Your House,” which recounts Barnett’s early days at his grandparents’ home in the wake of his parents’ divorce. The imagery is visceral, each scene as fresh in his mind as the day it happened, and though illness and death and hardship all make their inevitable visits, what remains is love and memory and gratitude. What remains is family.
Roger Harvey 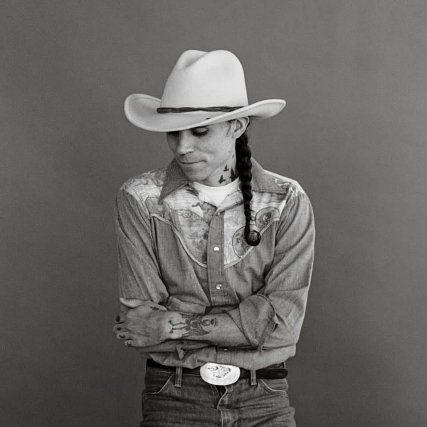